by Bartholomew Madukwe
in Sports, World
Reading Time: 6 mins read
A A
0 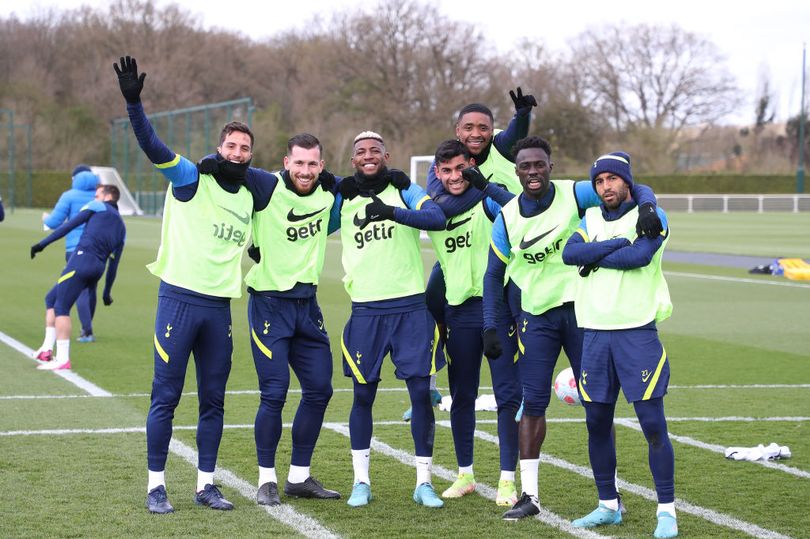 There is expected to be plenty of movement in and out of the doors at Tottenham Hotspur this summer in order to fund an Antonio Conte transfer rebuild.

Antonio Conte and Fabio Paratici want to rebuild Tottenham Hotspur this summer but that will require plenty of movement out of the club.

There are numerous players still on the books at Spurs who will need to be moved on to free up extra funds and space in the squad and others who will want to leave to become regular starters elsewhere.

As always there will also be unexpected bids for players that could result in departures that had not previously been on the table.

Here are 11 players that could head out of the exit door this summer:

It’s not rocket science to work out that if Conte is the manager of Tottenham next season then Tanguy Ndombele is highly unlikely to be starting matches for the club. The problem for Spurs will be getting the sort of money they want for their club record signing, who has not exactly lit up Lyon since returning to the French league and currently has an injury.

There is an option for Lyon to buy Ndombele for a fee not too far off what Spurs paid them back in the summer of 2019 and that seems unlikely at this point. It may be that the Frenchman needs to be loaned out again somewhere in order to raise his value for a permanent move in a year’s time.

Lo Celso is in a similar boat to Ndombele in that Conte clearly does not see a place for him in his squad, although the Argentine’s performances in the Champions League for Villarreal could see him retain a large portion of his value.

Interestingly Lo Celso does fit Conte’s system – particularly a 3-5-2 – and his style of football, but it seems as if Tottenham’s second most expensive signing in their history will be following the most expensive one in playing elsewhere next season.

The chances of Spurs making Pierluigi Gollini’s loan signing from Atalanta permanent looks to be decreasing by the month, particularly with the club expected to win the race to sign West Brom and England goalkeeper Sam Johnstone on a free transfer.

Paratici and Nuno Espirito Santo expected Gollini to replace Hugo Lloris but the 10 appearances the Italian has made this season for Spurs, coupled with Lloris’ new contract, have shown that’s not likely to be the case. Paratici may now believe that with Johnstone a free agent, the £11million or so it would cost to bring in Gollini could perhaps be put elsewhere in the transfer window.

Winks is likely to want to move on this summer in search of regular starts, particularly if he wants to reignite any faint chance of making England’s World Cup squad. Conte likes Winks and continually says he can “count on him”, but ultimately that’s not resulted in many more starts.

Winks has started just nine Premier League matches this season and Spurs are unlikely to stand in his way with three central defensive midfielders already in the squad.

Another who Conte has raved about but has not actually played much. Rodon needs to leave for regular football next season, particularly with Spurs looking to sign another central defender this summer, to provide more competition on the left of the back three.

“To see the performance of Joe and also Steven Bergwijn, it means maybe we’re doing a great job with them. Joe is not playing many games with us but despite this he was fit,” Conte told football.london this month after the international break. “Joe is a good player but a really, really great man. He had broken two ribs, not one. He did every training session.

“He was always available and I know very well the pain you feel when you break a rib. It means you’re a great man. Joe is improving a lot, he has to continue in this way, work hard and have this satisfaction. I repeat to play this way with Wales in an important game in World Cup qualification, it means you’re working hard and well.”

Spurs’ best plan would be to loan out the Welshman, who has three years left on his contract, to a Premier League club next season because his value is likely to shoot up with a full season of starts under his belt in the top flight, a division he is more than capable of excelling in.

If Conte is the man at the helm next season then it could be a quick turnaround for Emerson Royal with a move out of north London within a year because he just does not fit the Italian’s system.

Bought as a functional, solid right-back for Espirito Santo’s back four, the Brazilian does not fit the wing-back role comfortably, without the ability to attack like a winger and get crosses into the opposition box. He has just one assist to his name from 39 appearances this season but his value would have retained as a right-back if Spurs wanted to sell him back to a club in Spain.

At just 23, he could yet improve but Paratici may see more value in simply signing a natural wing-back.

Matt Doherty’s form, his comfort as a wing-back and his recent injury which will see him return in pre-season may just have seen him become the player likely to remain at the club in the role with a new right wing-back being sought to join him.

The situation with Sergio Reguilon is similar to that of Emerson in that he also is more of a full-back than a wing-back and is yet to fully show the ability to step into a role he admits he has little experience of.

The 25-year-old at least has two goals and three assists to his name this season and he could yet adapt to the wing-back requirements. However, it does feel like Conte prefers Ryan Sessegnon in the role and his plentiful praise for the younger player suggests he sees a long-term star in the making.

Real Madrid have their second and final option to re-sign Reguilon this summer for a fee of what is believed to be near £43million, although that price could be a steep one for a player who has mostly been out of the Spain squad in the past season.

Much like Rodon and Winks, for Steven Bergwijn next season will be about playing regular football.

Another who Conte raves about, with the Spurs boss saying this month: “We’re talking about a player of great quality, great potential. He’s different to the other players in the squad, good one vs one. When the space is tight, he’s good at beating the man and scoring. Steven has great space for improvement, he has to try to give continuity and to continue to work in the way that he’s doing.

“For us, he’s an important player, the type who if he starts or comes in, he can change the situation, because of a specific characteristic of superiority. Create chances for himself or the other. He has to continue to believe in himself more. He’s a young player with great space for improvement. He has to continue to work, to improve with and without the ball. To help the team at every moment because football is a team game and you have to be ready at every moment to help the team with or without the ball.”

However, Ajax really wanted Bergwijn and tried to sign him in the summer. With just four Premier League starts to his name and substitute appearances for often just a couple of minutes at a time, the Dutchman is unlikely to be desperate to stay next season, despite his five goals and two assists, particularly as he will want to play in the World Cup he helped his country reach.

The 21-year-old winger has only one year left on his contract at Tottenham and it just doesn’t seem as if he is going to become a Spurs regular.

Clarke has so far had loans back to Leeds, QPR, Stoke and now Sunderland and either another loan with a small contract extension will happen in order to raise interest in him for a later permanent move or Spurs will look to offload the £9m signing from Leeds this summer if the interest is there.

This could fall into the unexpected exit category as Conte has labelled Lucas Moura as an important player in his squad.

The Brazilian though is not a first choice starter since the arrival of Dejan Kulusevski and the likelihood is that more attacking players will arrive this summer.

Lucas has contributed some big moments for the club and has the pace to change matches, but Paratici and Conte could feel that with him turning 30 this summer and having provided just 19 goals and 15 assists in 133 Premier League games in more than four years for the club, any sizeable offer for his services could be tempting.

The 24-year-old has been having a great season away from Tottenham with Celtic, playing 40 matches, lifting the Scottish League Cup and likely the league title as well as becoming a hero for the Glaswegian side with the winning goal in an Old Firm Derby this month.

His performances have been lauded and Celtic are expected to take the option to sign him permanently from Spurs for £6million with future add-ons potentially taking the fee up to £10million eventually. Premier League clubs are also monitoring his situation after a big campaign in Scotland.