by Oghenekevwe Uchechukwu
in TNG investigations
Reading Time: 6 mins read
A A
0 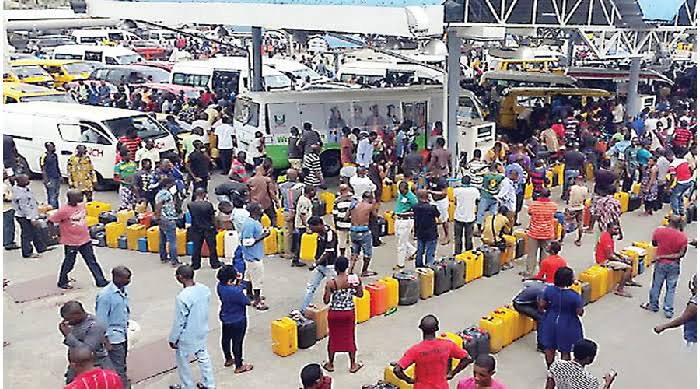 Across the country, Nigerians are experiencing hardship caused by shortage in the supply of petrol, while the Federal Government consistently absolves itself of any blame and has failed to take responsibility for the shortfall.

For most part of this year, with the exception of a few weeks, demand for petrol has exceeded supply in major cities, including Abuja Nigeria Federal Capital, manifesting in locked up filling stations, long queues, proliferation of fuel hawkers along major roads and a hike in petrol price.

However, the Corporation which is solely responsible for importing petrol, has failed to proffer lasting solution to the scarcity now projected to linger beyond the yuletide season.

Additionally, Nigeria is the only member country of the Organization of Petroleum Exporting Countries (OPEC) that imports 90 to 95 per cent of refined petroleum products to meet its domestic consumption.

Timeline of Fuel Scarcity in 2022

In February, adulterated fuel was imported into the country from Antwerp in Belgium, passing through official checks undetected until it reached consumers and the Group Managing Director/Chief Executive Officer Mêle Kyari accused four major oil marketers of being responsible for bringing in the bad fuel.

The accused companies – MRS, Emadeb/Hyde/AY Maikifi/Brittania-U Consortium, Oando, and Duke Oil – later denied involvement in the Importation of the bad fuel insisting that NNPC was the sole importer of petrol.

Without taking responsibility for the bad fuel which damaged several vehicles, the NNPC later said that the bad fuel which contained a high amount of Methanol was not detected by its checks because the quality checks do not include checks for Methanol percentage.

“It is important to note that the usual quality inspection protocol employed in both the load port in Belgium and our discharge ports in Nigeria do not include the test for Percent methanol content and therefore the additive was not detected by our quality inspectors,” Kyari explained.

No compensation was provided for damaged vehicles and those affected were left to shoulder the cost of repairs on their own. Worse still, there were no consequences or sanctions for the importers of the bad fuel and the scarcity lasted over four months.

By June, the Russia-Ukraine war was blamed for the worsened scarcity which engulfed more states in the country and oil marketers lamented increased landing costs that made it impossible to profitably sell petrol at the regulated fuel pump price of N165.

After consultations with industry stakeholders, President Muhammadu Buhari gave approval for the payment of an additional N10 per litre to petroleum products transporters to ease their cost of transporting products.

“As you know, the transporters are not like the government that absorbs the extra cost in their operations. So, when they complained, we made a case, which the President considered positively and agreed to approve for additional N10 to the previous N10.56 per kilometre paid to them, ” the Chief Executive of the Nigeria Midstream and Downstream Petroleum Regulatory Authority (NMDPRA) Farouk Ahmed, said in June.

However, this move did not curb the situation, as oil marketers called for deregulation of the downstream sector to allow market forces to determine the price. Many fuel stations also went ahead to increase their pump price from the official N165 to as high as N200, even as the product remained scarce.

The devastating floods that ravaged the country provided yet another excuse for the inefficiency of the regulators as they did not spare anytime to blame the October fuel scarcity in Abuja and neighbouring states on flooding in Lokoja, the Kogi State capital.

The NMDPRA said in a statement that floods had submerged a greater part of the Kogi state and grounded all vehicular movements, affecting the distribution of products.

“This, unfortunately, has affected the distribution of petroleum products to the Federal Capital Territory, Abuja and environs,” it said, yet the fuel scarcity did not disappear when the waters receded.

Addressing a news conference in Abuja on Tuesday, Executive Vice President of the NNPCL Downstream Adeyemi Adetunju, said the recent queues in Lagos are largely due to ongoing road infrastructure projects around Apapa and access road challenges in some parts of Lagos depots.

According to him, the gridlock was easing out and NNPCL had programmed vessels and trucks to unconstrained depots and massive load outs from depots to various states were being closely monitored.

“Abuja is impacted by the challenges recorded in Lagos. NNPC Retail and key marketers have intensified dedicated loading into Abuja to restore normalcy as soon as possible,” Adetunji said.

Real reason for the scarcity

In spite of the reasons advanced by the government for the protracted fuel scarcity, the Independent Petroleum Association of Nigeria (lPMAN) has attributed the current fuel scarcity to the unavailability of petroleum products and difficulty in accessing foreign exchange by marketers.

The Operations Controller of lPMAN Mike Osatuyi, said during an interview with the News Agency of Nigeria said it had become necessary to inform the general public that the lingering scarcity of petrol was due to the unavailability of the product.

He alleged that the Nigeria National Petroleum Corporation (NNPC) Ltd., had stopped importing enough petrol to meet demand in the country.

“We are experiencing scarcity because the product is not available. The price of a litre of petrol at private depots is currently between N205 and N210 as against N162.50.

“When we add the cost of transportation and levies, it will run into N217 per litre. At what prices do you want marketers to sell, knowing fully well that we are in business to make profit?

“My members are groaning over increase in cost of petrol from depot and they suffer a lot to get it. If fuel is there, why will we not sell, but there is no fuel. Our members are selling petrol between N230 and N240 per litre at filling stations,” Osatuyj explained.

He urged the government to remove the monopoly of importation and pronounce total deregulation of the downstream sector, to allow the private sector to import petrol as is the case with aviation fuel, diesel and kerosene.

Similarly, the Deputy National President of  IPMAN Zarma Mustapha, said that the fuel queues would likely continue till December, but that efforts were on to address the hitches.

“The on and off queues are due to issues of logistics in terms of supply of the commodity to the retail outlets from either the mother vessel to the private depot owners, and from there to independent and major marketers’ stations.

“There are a series of logistics issues as regards the supply chain, but the government and stakeholders are engaging in order to get a solution to these issues. However, we believe that this will be addressed, though it may drag beyond December.”

Meanwhile, the scarcity has resulted in increased costs of transportation and food commodities in the market. Figures published by the National Bureau of Statistics showed Consumer Price Index (CPI) surged to 20.77 per cent in September, up from 20.52 per cent recorded in the previous month.

Many Nigerian homes are unable to afford basic commodities such as beans, garri, rice, eggs, yam, tomatoes, onions and potatoes, and this trend poses a setback in the attainment of sustainable development goals one, two, three and 10 by the year 2030.

Rather than find sustainable ways to address the root causes of food shortage and rising food prices in the country, the Nigerian government blames the COVID-19 pandemic for the food inflation.

Minister of Agriculture and Rural Development Mohammad Abubakar, while presenting the ministry’s scorecard for 2015–2023 on Monday in Abuja, said COVID-19 epidemic led many countries to shut down important economic activities for several months and that Nigeria was not an isolated case.

“We have sufficient food to meet the needs of Nigerians. The country’s high food prices are caused by rising inflation, which is not specific to Nigeria, as well as the COVID-19 pandemic, which drove several economic output sectors to shut down for extended periods of time,” the Minister said.

“To fulfill our purpose of feeding Nigerians and hastening the transformation of the country’s rural communities, we are producing food all throughout the nation and will keep doing so,” he added, without providing any real strategy for overcoming the challenge. 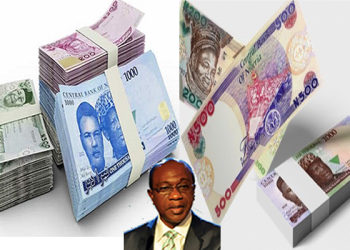 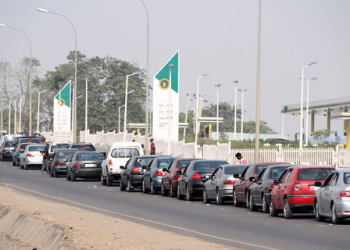 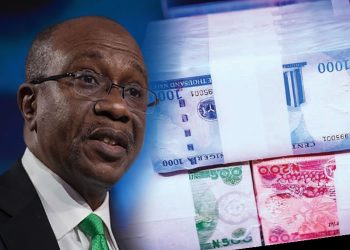