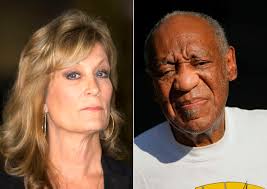 American stand-up comedian and actor, William Henry Cosby Jr., popularly known as Bill Cosby, has been found guilty for sexually assaulting a woman, Judy Huth, at the Playboy Mansion in 1975 when she was a teenager.

The decision is a major legal defeat for the 84-year-old entertainer once hailed as “America’s dad”.

It came just 11 months after Cosby was freed from prison after Pennsylvania’s highest court threw out his sexual assault conviction in a different criminal case there.

The actor had served more than two years of a three-to-10-year sentence.

Ms Huth had told the Santa Monica civil courthouse in Los Angeles that Cosby invited her and a friend to the Playboy Mansion when she was 16, and he was 37, and forced her to perform a sex act.

She said she suffered years after the incident when multiple allegations against Cosby from other women helped stir up memories of that day.

In video testimony shown to jurors, Cosby said he did not remember Ms Huth. But he said the incident could not have happened because he would not have pursued sexual contact at that time with someone who was under 18.

When the lawsuit was filed in December 2014, Ms Huth said the incident occurred in 1974, when she was 15. She told jurors she recently concluded she had been mistaken about the year and now believes it happened in 1975. 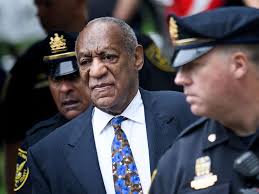 Cosby, a ground-breaking black actor who grew up in public housing in Philadelphia, made a fortune estimated at $400m (£290m) during his 50 years in the entertainment industry.

He is best known for his role as the lovable husband and father in the 1980s television comedy series The Cosby Show.

But his family-friendly reputation was shattered after more than 50 women accused him of sexual assaults they claimed happened over nearly five decades.

He was the first celebrity tried and convicted in the #MeToo era.

Cosby began his career as a stand-up comic at the hungry i nightclub in San Francisco during the 1960s.

Throughout the decade he released several standup comedy records which consecutively earned him the Grammy Award for Best Comedy Album from 1965 to 1970.

He also had a starring role in the television crime show I Spy (1965–1968) opposite Robert Culp.

Cosby made history when he won the Primetime Emmy Award for Outstanding Lead Actor in a Drama Series in 1966, making him the first African American to earn an Emmy Award for acting.

His acting career continued as he starred in the sitcom The Bill Cosby Show, which ran for two seasons from 1969 to 1971. 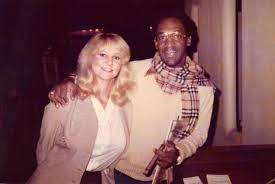 In 1972, using the Fat Albert character developed during his stand-up routines, Cosby created, produced, and hosted the animated comedy television series Fat Albert and the Cosby Kids which ran until 1985, centering on a group of young friends growing up in an urban area.

Throughout the 1970s, Cosby starred in various films including Sidney Poitier’s Uptown Saturday Night (1974), and Let’s Do It Again (1975), and Neil Simon’s California Suite (1978) alongside Richard Pryor.

He also starred in the original cast of The Electric Company alongside Rita Moreno and Morgan Freeman from 1971 to 1973.

In 1976, he earned his Doctor of Education from the University of Massachusetts Amherst, returning to the school after completing his Masters of Arts there in 1972.

Beginning in the 1980s, Cosby produced and starred in the television sitcom The Cosby Show, which aired from 1984 to 1992 and was rated as the number one show in America from 1985 through 1989.

The sitcom highlighted the experiences and growth of an affluent African-American family. During this time, Cosby gained a reputation as “America’s Dad” for his portrayal of Cliff Huxtable. Cosby produced the spin-off sitcom A Different World, which aired from 1987 to 1993. 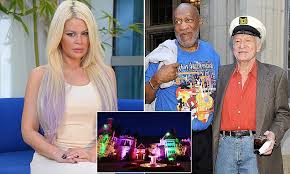 In 2014, Cosby became the subject of numerous sexual assault allegations which became highly publicized during the Me Too movement.

In 2018, Cosby was convicted of aggravated indecent assault against Andrea Constand.

He was imprisoned until the conviction was vacated in June 2021, by the Supreme Court of Pennsylvania for violations of Cosby’s 5th Amendment and 14th Amendment due process rights.

In November 2021, the prosecution petitioned the U.S. Supreme Court asking it to reverse this decision, but on March 7, 2022, the Supreme Court declined to do so.