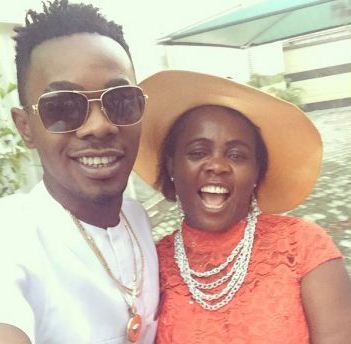 Popular Nigerian artist, Patrick Okorie, aka Patoranking, has left several of his fans emotional after he reunited with his mother in Qatar after five years.

The reggae-dancehall singer, who was among the top music stars billed to perform at the World Cup, was welcomed by citizens of the country as well as his mother whom he claimed he has not seen for five years.

On his Instagram account, the singer captioned the video: “Landed Qatar to warm reception and a big Surprise, Haven’t seen my mom in 5 years, she came to surprise me at the airport. They got me on this one see my face at the end…”

Patoranking, is one of the most prominent Nigerian artists. He is known for his reggae-dancehall style of music.

The singer came to the limelight in 2010 after collaborating with Timaya on his song “Alubarika”.

In February 2014, he signed a record deal with Foston Musik and released “Girlie O”, a single that gave him more recognition.

He signed a record deal with K-Solo’s Igberaga Records in 2010, releasing “Up in D Club” under the outfit. Patoranking became a protégé of Dem Mama Records after collaborating with Timaya on his song “Alubarika”.

In February 2014, he signed a record deal with Foston Musik and released “Girlie O”, a single that put him in the limelight. On 9 February 2015, Patoranking announced on Instagram that he signed a distribution deal with VP Records.

On September 28, 2015, Patoranking released a song titled Abule which he released ahead of his album scheduled to be released later in 2020. He once said in 2020 that he once got inspiration from a song on a football pitch while playing football.

Patoranking was born and raised in Ijegun-Egba Satellite Town but has family roots in Onicha, Ebonyi State.