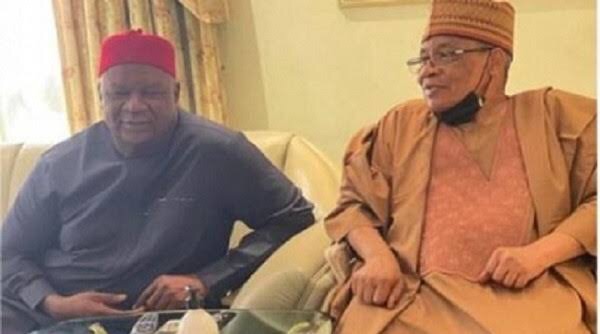 Former Secretary to the Government of the Federation Anyim Pius Anyim, has consulted with elder statesmen and former heads of state, General Ibrahim Babangida (rtd) and General Abdulsalami Abubakar (rtd) over his 2023 presidential ambition.

Anyim was in Minna, the Niger State capital, home of the two former leaders where he held meetings with them as he intensifies effort to win support for his power bid under the platform of the People’s Democratic Party(PDP).

The former Senate President disclosed that he visited both leaders on December 2, to inform them of his decision to contest for president in 2023 presidency, and to seek their blessings, in a post on his verified Facebook Page.

“Today, I was received in a private audience by two of our nation’s esteemed leaders and patriots. I met with former President Ibrahim Babangida and former Head of State, General Abdulsalami Abubarkar,” he wrote.

“I consulted with them on my intention to contest for the presidency of our beloved country. Both leaders are rich in vision and deep in grasp of our history. They were generous with their wise counsels.

“I am further emboldened in the conviction that I can make significant contributions in our collective quest to consolidate democracy, build a stronger and more united Nigeria.

Anyim had on October 30, declared his intention to run for president whether the party zones the ticket to the South-East or not.

According to Anyim, “Posters of my presidential bid and agitations by groups for me to contest flooded the social media in 2020 and I disassociated myself from such calls

“I felt that it was too early for such declarations to enable the present administration to concentrate on governance.

“Such calls resurfaced in the early part of 2021 and I chose to be quiet over the issue. We presently have less than 18 months to the next elections and I feel the time was ripe to indicate my interest.” 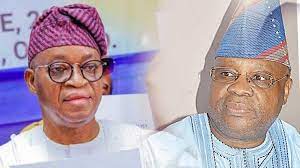