by Ediri Oyibo
in Religion, Trending
Reading Time: 3 mins read
A A
1 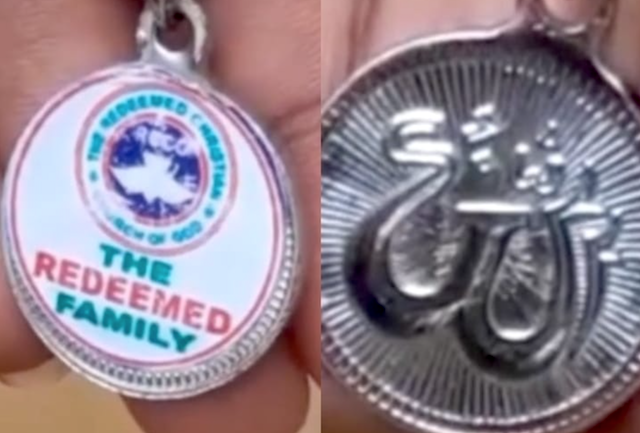 A video of a Redeemed Christian Church of God’s (RCCG) neck chain with a pendant, which has a ‘hidden’ Islamic inscription engraved in it, surfaced on the Internet on Friday.

TheNewsGuru.com (TNG) reports that an unidentified woman shared the video of the neck chain, which she said was widely sold at the just concluded RCCG annual convention.

The neck chain has a pendant covered with wording and the logo of the just concluded RCCG special convention on the outside but when the pendant was ripped open, it revealed Islamic content on it.

The video showed the Arabic wording, الله on one side of the pendant and a picture of a mosque on the other side.

The woman was heard in the video saying, “They came o; but they failed to the glory of God. This chain was bought in the camp. A lot of our teenagers bought it. Please, if you bought this for your children or you bought it from anywhere, please open, open it now and see what is written there.

“So, please anybody who bought this for their children, please open and see what is there. And please don’t let them use it again. Remove it completely from home. I don’t understand what is the meaning. But I think it is evil because it is covered”.

TNG reports that Google Translate returned the wording on the pendant, الله, as seen in the video shared below, as Allah, meaning ‘the one and only God’ in Islam. 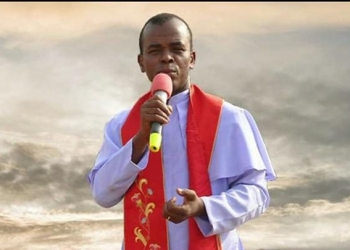