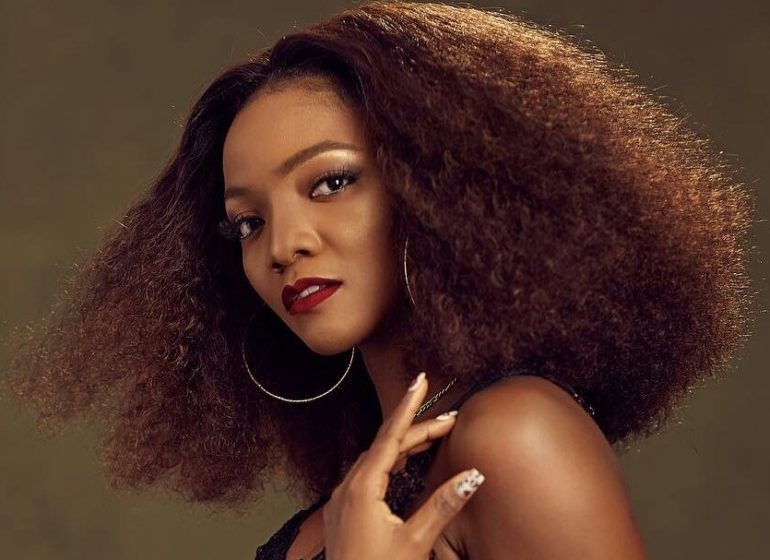 Outspoken singer, Simi has berated a flight attendant who she claimed gave a ‘fake’ compliment to her daughter.

According to her, the host made a gesture towards her daughter which she tagged as fake.

“This air host guy really did one fake aww for Deja. Is it by force to say aw for baby. I did not greet you. She did not greet you. Why you fake aww my daughter. God save you I’m working on myself. Ko ko aw buruku danu. It’s aww but your eyes are not smiling. Bastard,” she wrote.

During a recent Instagram live session monitored by TheNewsGuru, Simi said she wants women to get what they deserve.

“There were some ideas about women that were not very useful for women but I felt like it would be good to use my sound to speak out for my people (women.) The funny thing is that I expected more backlash and attacks after I dropped the song. But I am genuinely surprised that people are receptive to the song. I think that people are more open to the discussions especially if one is privileged in life. I had an interview a few days ago and the interviewer asked me “Do you hate men?” I replied that I don’t think I have ever said or done anything that insinuates that I hate men, I don’t have any reason to hate men. I simply want better things for women; I just want women to have what they deserve. I may not be able to change the world today or tomorrow but I am hoping that it can be a part of the steps that we are going to take to (get to) that point. Obviously, things used to be worse than this but thankfully we have more women now that are more outspoken than in the past.

“I think it is hard to get acknowledgement as a woman, firstly some people do not even expect that one would be good, some people question one’s talent compared to the male counterpart. But it is like as a woman one is undermined and will have to work extra hard to get half the things that men have. Honestly, it is exhausting especially when one is speaking out and nothing is changing. By the grace of God, I have got a level of success but there are some women who haven’t. They are still trying to find their path, who would speak and fight for them because their voices are not that loud? But if one is talking, people think one is talking too much if it is something that makes them uncomfortable, but if it is something they like or they agree with, they will support you. However, I think it has become a little bit easier but I know a lot of female artiste that are still waiting for their break. We are not halfway there.”

Party politics: Why I pushed for direct primaries – Gbajabiamila

How body of Vanguard reporter, Tordue was found – Police

How body of Vanguard reporter, Tordue was found - Police