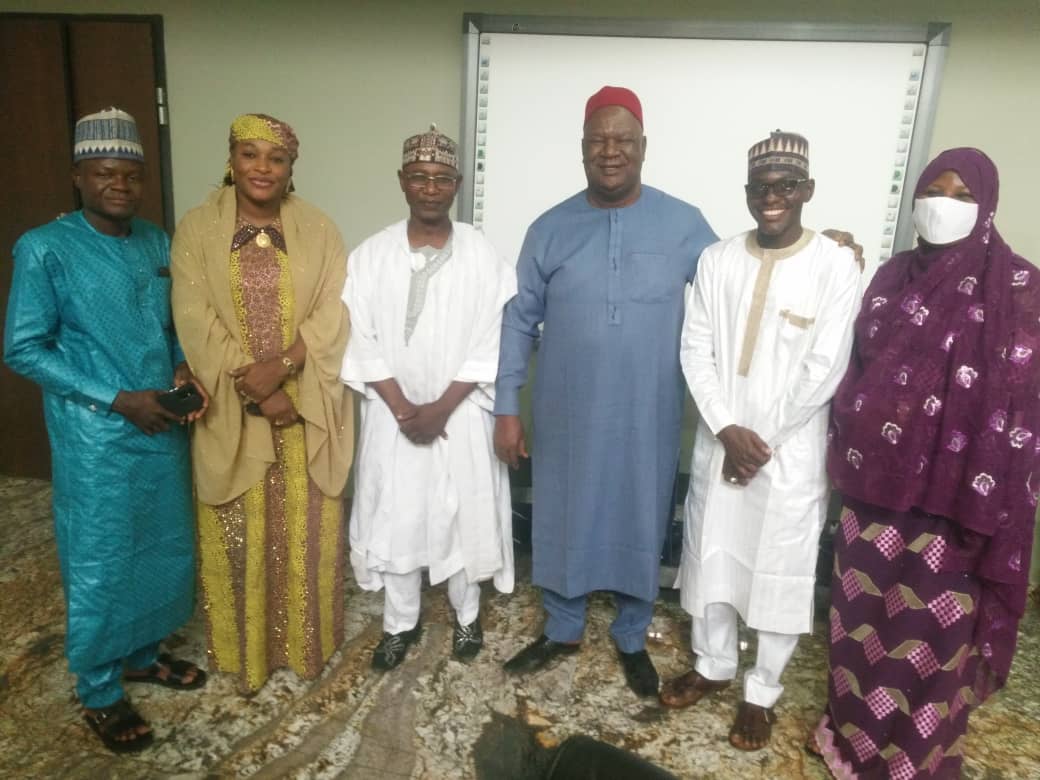 Senator Anyim Pius Anyim, 2023 presidential aspirant was on Tuesday hailed as a respecter of all religions and a detribalized Nigerian by a Northern coalition.

Anyim who is contesting on the platform of the Peoples Democratic Party (PDP) was also described as an honest, peace-loving and kind politician.

These were the praises showered on the one time President of the Senate by the Coalition of Northern Supporters of Ndigbo for President 2023 in Abuja when they visited Senator Anyim to pledge their support for his aspiration.

Chairman of the Group, Alhaji Usman Sulaiman Shehu, popularly known as SK who stated these said the group, after analysing all the presidential aspirants as well as prospective ones was convinced that Senator Anyim would give Nigeria the right leadership that will take the country out of her present deplorable situation.

He said that after long deliberation, the Group was convinced that the only person from the South East who meets the Coalition’s criteria for the Presidency “is none other than Distinguished Senator Anyim Pius Anyim.”

Expatiating on the criteria, Alhaji Shehu said, “during one of our Executive meetings held on the 26th December, 2021 here in Abuja, it was decided that our focus must be based on a single candidate from the South East” and that such a candidate must be a “person with high personality profile” and a person with developmental leadership quality.

Other criteria according to Shehu are: “a person who cares for the less privileged and the masses, a person whose vision is for the peaceful co-existence of Nigerian citizens as a whole, a person whose ample experience would enable him to raise the level of our country by means of curtailing the continuing hike of prices of goods and services.

The chairman further said, “we wish to seek for your approval sir, to commence consultations and to register lots of members in the north” pledging to continue to pray for Anyim’s success “in this formidable journey knowing fully well that your success is Nigeria’s success as well.”

Receiving the Coalition, Senator Anyim thanked them for their support and commitment to work for his victory.
He assured them that he would work with the Coalition once campaign begins and urged them to feel free to join other campaign groups that were already supporting his aspiration in registering with the Anyim Campaign Organisation.

Just In: Dunamis deletes Okposo's name from list of ministers after committing adultery