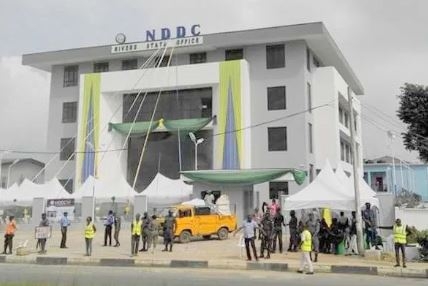 The Ijaw Youth Council (IYC) Worldwide has accused ministers and “high profile”  members of the National Assembly from Niger Delta of causing the delay in the constitution of a substantive board for the Niger Delta Development Commission (NDDC).

The IYC alleged that the “ministers and   National Assembly members of Niger Delta extraction were bent on usurping President Muhammadu Buhari’s power by ensuring that their candidates became the NDDC board members.

To buttress the allegation, the group alleged that the same “greedy and high-profile” politicians had in the past ensured that their candidates became  NDDC’s managing directors.

It, therefore, challenged   Buhari to shun “the greedy ministers and high-profile’ lawmakers by immediately inaugurating the NDDC board.

This was contained in a  statement at the weekend by the IYC  National Spokesman, Ebilade Ekerefe.

The group advised also the President not to allow the “selfish ministers” to undermine the current peace in the region.

The statement reads in part: “It has come to the notice of the entire youths of the region that those ministers and some high profile members of the National Assembly from the region are engaged in a selfish battle over the choice of who mounts the saddle of leadership in the NDDC.

“These politicians are trying to usurp the powers of the President to foist a board that will work for their personal interest and not that of the region.”