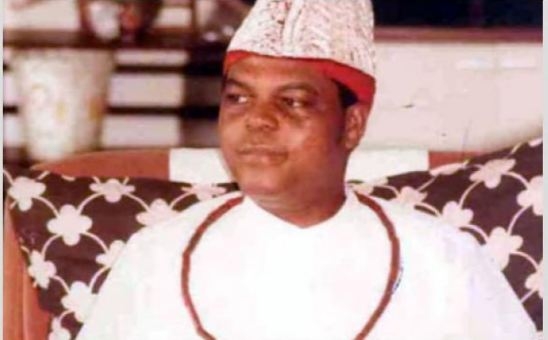 All is now set for the final burial ceremony of the late patriarch of the Ibru family, Late Olorogun (Dr.) Michael Christopher Onajhirhevbe Ibru, OFR who passed on September 6, 2016.

In a special obituary announcement signed on behalf of the family by Mr. Goodie M. Ibru, OON, the burial procession is to commence from Lagos on Tuesday, December 6, with Service of Songs by 5pm at Harbour Point Events Centre located in Victoria Island.

Commendation programme follows on Wednesday, December 7, at Cathedral Church of Christ, Marina by 11am.

Tears as Chike Akunyili is buried in Anambra

Princess breaks down in tears, calls out Ali Baba, Buchi, others for not promoting show

The lying in state will take place at Delta State on Thursday, December 13, at The Pillars in Ughelli North LGA from 9am to 2pm. Service of Songs is also slated same day (Thursday) by 5pm at the same venue.

The burial ceremony is scheduled for Wednesday, December 14 at All Saints Anglican Communion in Ughelli North LGA by 10am.

The outing service is slated for Sunday, December 18 at St. Andrews Anglican Church in Ughelli North LGA by 10am.

See copy of obituary below: 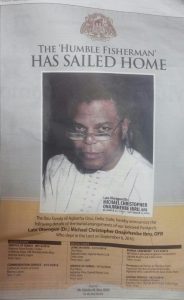 Olorogun Michael was born on December 25, 1930 to the family of Janet and Peter Ibru a missionary worker, who also worked at the Igbobi Orthapaedic Hospital, Lagos.

After secondary school, he joined the United African Company, as a management trainee. In 1956, a few years after joining U.A.C, he left the company and started a partnership, which he called Laibru.

The corporate entity was in partnership with an expatriate, Jimmy Large. After engaging in general trading with some success, in 1957, Michael Ibru discovered that the frozen fish market was a fertile market with the potential to deliver returns above the market rate.

However, it was a tough market to penetrate, at the time, many expatriate firms and Nigerian traders were lacking and some were not interested in the market. But he felt he could put extra effort communicating with general traders, who played key roles in products acceptance.

To trade in seafood, he established an importing company, he also rented and built cold storage facilities across the country. By the mid-1960s trading fish had become the traditional money maker for the Ibru organization. Though he had other profitable interests such as transportation and construction, fish trading helped him secure financing and other forms of capital to engage in large scale trading.

He established a partnership with a Taiwanese company, Osadjere Fishing Company, which provided Trawlers and other accessories for trading. By the end of the 1960s he branched out fully into other areas of the economy. Like a lot of his contemporaries, he established a transportation company, called Rutam.

He also invested in palm oil production. Over the years, the Ibru Organization has expanded into other areas such as Tourism, Brewery, Timber and Poultry.

Business Milestone at a glance

He also tried his hands in politics, in 1983, he was a gubernatorial candidate but lost to Samuel Ogbemudia. He is also a member of the Liberal Convention and the New Movement, which metamorphosed to become NRC.

Chief Ibru has five wives, and seventeen children, the most prominent being Olorogun Oskar Ibru (who heads Ibafon Ports) and Oboden Ibru (who was a key player in Oceanic bank International PLC).

Some of the awards bestowed on Mr. Ibru include the Officer of the Order of the Federal Republic (OFR) in 1981; Outstanding Businessman Award of the Nigerian American Chamber of Commerce and Industry, 1983; Honorary Doctor of Laws (Hon. LL.D.) of the University of Benin, 1978, and University of Ibadan, 1978; Doctor of Agriculture (Honoraries Causa), University of Agriculture, Abeokuta, 2004.

In 2004, the Urhobo nation presented him with the Chief Mukoro Mowoe Service Award, for his “peerless performance in pioneering commerce and industry; trusting and employing large numbers of Urhobos; supporting and participating in Urhobo causes and traditions; and generally uplifting the image and name of Urhobo.”

Perhaps, one of Mr. Ibru’s greatest legacies remains a college – Abraham College – he donated to his people.

The college is known today as Ibru College.

Ibru passed on at a medical facility in the United States in the early hours of Tuesday, September 6, 2016. Ibru is survived by his brother, Goodie Ibru; his wife, Cecilia Ibru; and several children, including Oskar Ibru and Oboden Ibru; and grandchildren. 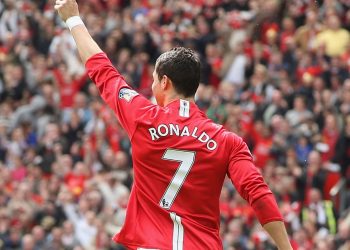