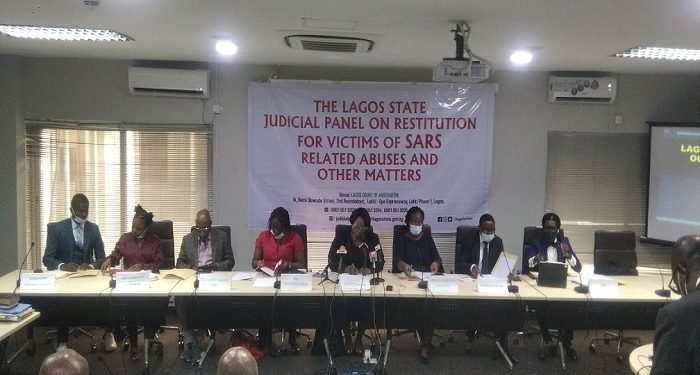 A trauma and orthopaedic doctor on Saturday said pellets were removed from some patients who presented themselves for treatment at Reddington Hospital on the night of October 20.

Officials of the Nigerian military opened fire on protesters calling for an end to police brutality at the Lekki toll gate plaza on October 20.

However, while the Nigerian government and military have denied any wrongdoing, the number of casualties recorded at the toll gate that night remains unknown.

Testifying before the Lagos State Judicial Panel, Babajide Lawson said the medical protocols to be followed in such circumstances is for the police to be invited and for the pellets to be handed over to them.

The doctor, who said he did not personally extract any bullet, also testified that the hospital saw a large number of patients on the night that soldiers opened fire on protesters at the Lekki toll gate plaza.

Under cross-examination, Babajide admitted that there is a likelihood that the hospital did not capture the records of all the patients who presented themselves.