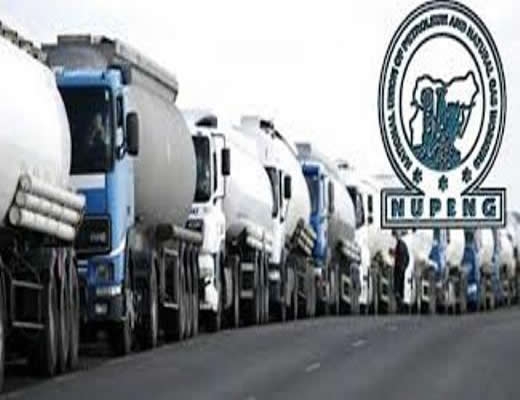 The Nigeria Union of Petroleum and Natural Gas Workers (NUPENG) said on Wednesday that it would embark on a three-day warning strike in 2017 if oil and gas companies failed to address workers’ welfare.

NUPENG President, Mr Igwe Achese, who did not disclose the date in a statement signed in Lagos, said the union took the decision after its National Executive Council meeting.

According to Achese, the union issued a 21-day ultimatum for the Federal Government intervention in the labour issues with multinationals operating in the oil and gas sector.

He said among contending issues was the non-payment of terminal benefits to 48 contract staff.

He said 250 contract staff terminated in Lagos and Port Harcourt by the Nigeria Agip Oil Company (NAOC) were not paid.

He said that Exxon Mobil refused to reinstate over 200 NUPENG members sacked through its directives to contractors in spite of the ultimatum jointly issued by NUPENGASSAN.

“There are also the issues of closure of Chevron’s Eastern Operations through divestment and refusal to discuss the redundancy terms.

“Chevron refused to facilitate the formation of Chevron labour Contractors Forum to interface with NUPENG,” the union leader said.

Achese alleged that another oil company reneged on the communiqué signed with the union on settling the severance benefits of its members working in the companies.

He said that the union had yet to resolve its issues with Pan Ocean over non-implementation of annual salary increase for its members in the company since 2014.

He said that NUPENG would resist diversion by multinationals that did not carry the union along and urged the government to invest in areas that would create jobs.

The NUPENG president said that the three-day warning strike would become full if the government did not intervene on the issues.

Ahead of this weekend  FA clash between Manchester City and Arsenal, Pep Guardiola has warned his friend and brother,  Mikel...