Reps set to separate AGF’s office from Minister of Justice

by Olaotan Falade
in News, Politics
0
17
SHARES
428
VIEWS
Share on WhatsAppShare on FacebookShare on TwitterShare on LinkedInShare on TelegramSend as Email

The House of Representatives on Tuesday, moved to separate the office of Attorney-General of the Federal (AGF) from that of Minister of Justice.

The move followed the second reading of a Bill for an Act to alter the 1999 Constitution to introduce the Office of the Attorney-General of the Federation separate from the Minister of Justice.

Presenting the Bill, Rep Mohammed Monguno (APC-Borno), said that if passed, it would emphasise the independence of the AGF’s office and ensure it was not subjected to political consideration.

Monguno said that separation of the AGF’s office would allow for effective separation of power, adding that the two offices would be given the necessary environment to function optimally.

Monguno said, “The Attorney-General of the Federation, being the Chief Law Officer is empowered in Section 150 and 195 respectively of the 1999 Constitution to enter nolle prosequi.’’

Nolle prosequi is an entry on the record of a legal action that denotes that the prosecutor or plaintiff will proceed no further in an action of suit either as a whole or as to some count or as to one or more of several defendants.

The lawmaker added that, ‘’The power can only be exercised if office is free from any political interference.

“The office of the Attorney-General of the Federation is such an office that should be seen to be Independent and not be subjected to some political consideration,

“His appointment should be seen to meet some standard in legal profession.

“The fact that the Attorney-General of the Federation (AGF) performs some quasi judicial functions hence, the need for the office to be separated from the Minister of or Commissioner for Justice.”

According to him, the AGF is the Chief Law Officer of the federation and advises the government whether at the federal or state levels on matters relating to law generally.

“Whereas, the office of the Minister of or Commissioner for justice is political in nature, if read alongside other ministers or commissioners.

Monguno further advised that the office of the AGF should be based on merit and competence and the National Judicial Council be involved.

“It should be shielded from the vicissitudes of political influence”.

The Speaker, House of Representatives, Mr Yakubu Dogara, referred the Bill to the Special Adhoc Committee on Constitutional Review for further legislative action. 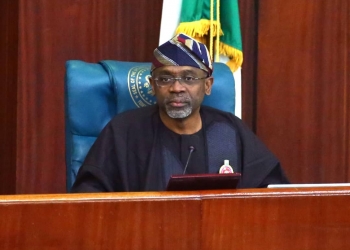 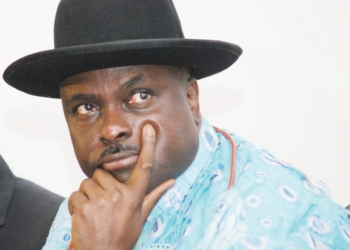