by Bartholomew Madukwe
in Entertainment, News
Reading Time: 1 min read
547 22
A A
0 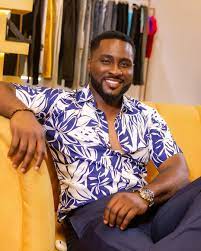 Ahead of BBNaija reunion show, a former housemate of the  (Shine Ya Eye) edition, Pere Egbi, has said he would love to know housemates that used condoms in the house during that last reality TV show.

Taking to his Instagram page, he also told the host, Ebuka Uchendu, to reveal those that stole a chicken and “Abeg Nairas”.

Whitemoney searches for a girlfriend

He wrote in a series of tweets;

“FROM STOLEN CHICKENS TO MISSING ABEG NAIRAS. WE STILL NO CATCH THE THIEF TODAY. TOMORROW IS ANOTHER DAY.”

Recall that a contestant of the Big Brother Naija (Shine Ya Eye edition), Tega Dominic-Ajeboh, was caught on camera having erotical fun with Boma.

“I did not have sex with Boma in the house. Everything we did under the duvet was intentional; it was part of our strategy.

“If we had not been evicted on Sunday, perhaps the viewers would have got a clear picture of what we were trying to do. Since we were evicted, we went home with an ‘uncompleted script,’ Tega asserted.

Benzema represents football at its most pure – Guti