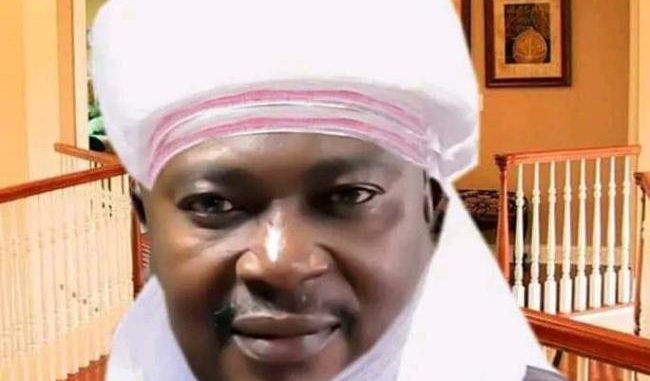 It was gathered that Mawa was shot dead along Lapai-Lambata Road, Niger State in the late hours of Sunday by the bandits.

It was learnt that the victim was on his way back to his Kaduna residence from Lafiaji, Kwara State when he was ambushed by the gunmen.

Meanwhile, efforts made to get the Niger State Police Command for comments on the incident were unsuccessful as the Command’s spokesman, Wasiu Abiodun, did not answer his calls.

Meanwhile, Heebraheem M Marclo who posted information about the killing of Mawa on his Facebook page wrote, “MDL commiserates with the people of Lafiagi over the sudden demise of Alhaji Mohammed Kudu Mawa FIRS; Describes the death as a rude shock

“The NNPP candidate for house of representatives Edu/Moro/Patigi Federal constituency, Hon Mohammed Danjuma Lafiagi sent his heartfelt condolence to the good people of Lafiagi over the death of a magnificent personality and a rare son of the soil, Alh Mohammed Kudu Mawa FIRS, the FIRS zonal coordinator for Kebbi, Sokoto and Zamfara States who was shot to death by bandits on his way back to his Kaduna residence along Lapai-Lambata road, Niger state at the late hours of yesterday, 7, August 2022.

“He said; Alh Mohammed Kudu Mawa’s death has come as an unpleasant shock and a source of great sadness, and it is undoubtedly a terrible loss to the entire Lafiagi Emirate.

“He further prayed that may Allah in his infinite kindness, absolve him of all his transgressions, comfort his burial and grant him jannah as his eternal home; May Allah give his family and the entire Lafiagi Emirate the fortitude to bare this great loss. Ameen!”