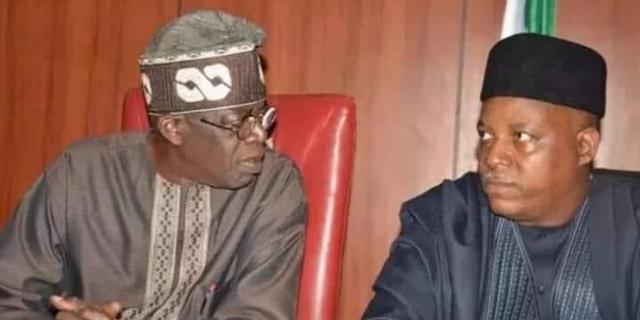 Nigerian youths under the umbrella of City Boy Movement (CBM) has promised to deliver 10 million votes for the presidential candidate of the All Progressives Congress, Bola Tinubu and running mate Kashim Shettima in the 2023 general elections in the country.

Some members of the body converged at the Unity Fountain, Abuja causing traffic jam on the road while hinting that such convergence will be replicated in many parts of the country.

Speaking with journalists at the rally, CBM’s National Coordinator, Shoaga Francis, said “any mistake” in Nigeria’s choice of President will be “detrimental.”

2023: We are still in talks with Wike to join us – APC Chieftain, Aliyu

He said, “The main reason we’re here today is to tell Nigerians that there is one alternative to the presidency in 2023. There is only one man that can change this economy for good. Any mistake will be detrimental. Asiwaju needs the youths. It’s time for them to be recognised again in this country.”

Also, President of the Women Cooperative Society of Nigeria, Mrs Oluwatoyin Badmus, said with Nigerian women constituting the highest population of voters, market women and traders are poised to support the Tinubu/Shettima ticket.

“You know that it is women who vote. If you neglect women, you lose the election. Asiwaju does not play with market women. So, we market women all over Nigeria; we are solidly behind him.

“Our group has coordinators in almost all the markets in Nigeria. Women have been registering for our corporative. And we don’t register anyone who does not have a PVC. Our women have their PVCs, and their vote is for Asiwaju,” she said.

Meanwhile, the APC Deputy National Youths Leader, Jamaludeen Kabir, hinted that plans are underway to organize a nationwide rally in support for Tinubu and Shettima.

According to him, 10 million youth votes will be mobilized to vote the APC standard bearer into office in 2023.

He said, “Today, we are here to mobilize and galvanise 10 million votes as support for our Bola Tinubu. Today Nigerian youths from every nook and cranny came out to stand with us to make their voices heard.

“We stand as one people to ensure votes for Asiwaju in 2023. Immediately after this programme, we march all over the city to demonstrate as one Nigeria. After this, we are converging in Kano where the Arewa Youths will march.”

The presidential campaign for next year’s election officially kicked off on the 28th of September, 2022.