by Ediri Oyibo
in Nigeria, Politics
Reading Time: 4 mins read
A A
0 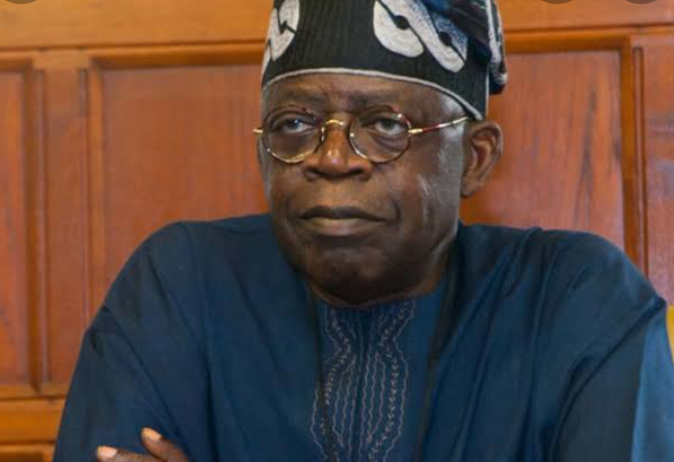 With the whereabouts of Bola Tinubu, presidential candidate of the All Progressives Congress (APC), unknown, his supporters and supporters of the party flagged off their campaign rally at the Unity Fountain in Abuja on Wednesday.

TheNewsGuru.com (TNG) reports that the majority of Tinubu Support Organisations thronged the venue of the campaign rally in their numbers with placards and banners, some of which bearing inscriptions that read: “Tinubu 4 2023” and “BAT-PAM Actualisation”, among others.

However, there is a controversy going on now about the whereabouts of the APC presidential candidate after he postponed the inauguration of the campaign council and jetted out to an unknown destination abroad.

Recall that the party had postponed the inauguration of the campaign council earlier scheduled for Wednesday. The party’s chairman, Senator Abdullahi Adamu, following the failure of the party to carry on with the inauguration, lambasted, in a letter, the presidential candidate, whose whereabouts remain largely unknown.

Meanwhile, from his unknown destination, Tinubu wrote to the party and his supporters on the commencement of the 2023 presidential election campaign activities across the country.

In the letter, the former Lagos State Governor expressed his preparedness and that of his running mate to provide leadership, calling on all Nigerians to join him.

The statement reads: “Today marks the official commencement of 2023 presidential election campaign activities across the country. I invite all Nigerians to join me and HE Senator Kashim Shettima on this exciting and important journey as we set our shared vision of Renewed Hope for the people of our dear country, Nigeria.

“We will, in the weeks and months ahead, be taking our dream of a functional, safe, secure and prosperous Nigeria to every part of Nigeria and we will continue to put forward our plan to lead this country towards its best future.

“Our nation stands at a threshold of history. We, like almost every other nation in the world, face significant challenges. Some have been of our own making, others, the consequences of factors well beyond the control of any Nigerian. However, one thing remains certain- we cannot afford to get this one wrong.

“We must show that we have learned from the mistakes of the past. We must be prepared to make difficult decisions. We must be wise, we must be discerning, we must choose progress. We must favour reason over sentiment.

“I am prepared and ready, with my running mate, to provide the leadership that will inspire our country to greater glory with new thinking, innovative ideas and vision. I call on all Nigerians to please join us”.

Meanwhile, APC National Chairman, Senator Abdullahi Adamu has queried the presidential candidate for breaching a supposed agreement he had with the party.

In the letter personally signed by Adamu, he alleged that Tinubu breached his agreement with the party when he unilaterally released the Presidential Campaign Council list without recourse to the national secretariat of the party.

The letter reads: “On behalf of the National Working Committee (NWC) of the All Progressives Congress (APC), I present my compliments to Your Excellency, and have the honour to convey to you, in truth and respect, the Committee’s opinion and position, regarding the above-mentioned subject matter, with a view to having a clear understanding about the respective roles and responsibilities of the principal organs of the Party charged with the duties of conducting the campaigns in the forth-coming general elections.

“This correspondence has become necessary in view of developments that took place over the last few days around the purported appointments into the Presidential Campaign Council (PCC) that was announced precipitately by officials of the Council, without making a recourse to the NWC for approval. All along, the NWC had been disposed towards the campaign in a cooperative spirit that is driven by the overall interest of the Party and the singular desire of victory for our candidates, in the persons of your esteemed self and your running mate.

“It is against this background that the NWC received with astonishment and regret, the press release by the PCC on 23rd September, 2022, in which a purported list of appointees was announced, which effectively served as the approved roster of participants in the Party’s Presidential Campaign Council. The purported list not only came as a complete surprise to the NWC and the Party’s leadership, but also contravened the principles and purposes of the arrangements that you and I had led towards the adoption of the Organogram of the PCC, and its principal officials.

“Perhaps it has become necessary owing to the passage of time, that I should draw Your Excellency’s attention to the agreements that we reached in principle around the final adoption of the PCC list, based on the understanding that it was a work in progress, until such a time that the Joint NWC/PCC Committee that was established to formalise the structure and populate the list, submits its report.

“Your Excellency will no doubt recall our meetings in my office and also at the NWC Conference Room at the Party’s National Secretariat, on Wednesday, 7th September, 2022, during which we discussed the details of the Organogram of the PCC and its composition, as a collaborative project between the two entities. Our recollection of those meetings clearly leaves us in no doubt that a breach of agreement has occurred, and that a return to the principles of cooperation and respect for each other is required”.

Technology'll be fully employed for quality data in 2023 census - NPC