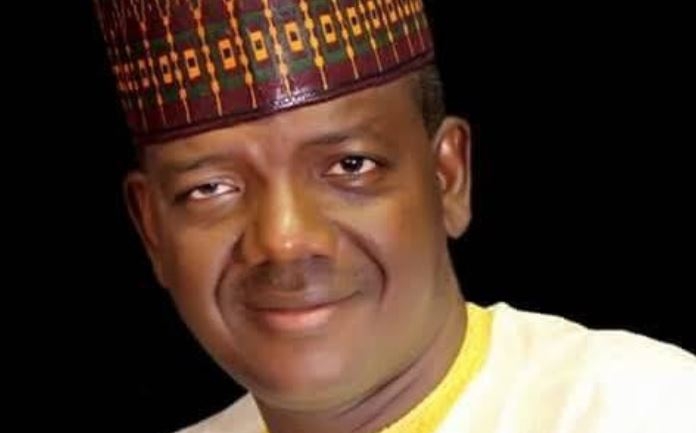 Governor Bello Matawalle of Zamfara State is set to bestowed with the prestigious award as “Security Icon of the Year” for 2019 by TheNigerian News Group.

Since taking over the helm of affairs from Abdul’aziz Yari on May 29, Mr Matawalle earned wave review for his unorthodox, progressive and charismatic leadership style, especially in the area of security.

Having inherited a state riddled with banditry, kidnap and other social vices, the onus was on the incoming government to erase these ills and restore peace.

With improved collaboration with the military and other security agencies, banditry has been brought to a barest minimum in Zamfara, which prompted TheNigerian to honour the governor.

Whilst other governors play politics with the lives of the citizenry, Mr Onmeje noted that Matawalle has taken upon himself to rally round major stakeholders including the youths, security agencies, political leaders and other key institutions to restore peace to Zamfara State.

The GMD further revealed that Mr Matawalle has already created a path for other governors to follow in helping to quench the fire of insecurity in their domains.

“His Excellency, Dr. Bello Muhammed Matawalle, the Executive Governor of Zamfara State inherited a state crippled and strangulated by awful insecurity fuelled by the satanic activities of armed bandits and cattle rustlers,” the statement reads.

“However, within an unbelievably short time, the Governor was able to demobilize and suppress the forces of evil against the state. He fearlessly and boldly confronted the veiled, but dreaded forces promoting insecurity in Zamfara state.

“Mr Matawalle is recognised for his genuineness of purpose and dexterity in the discharge of his duties, remarkable synergy with the military and other security agencies to protect vulnerable children and women from terror sects and then rewarding youth rehabilitation and empowerment initiatives.”