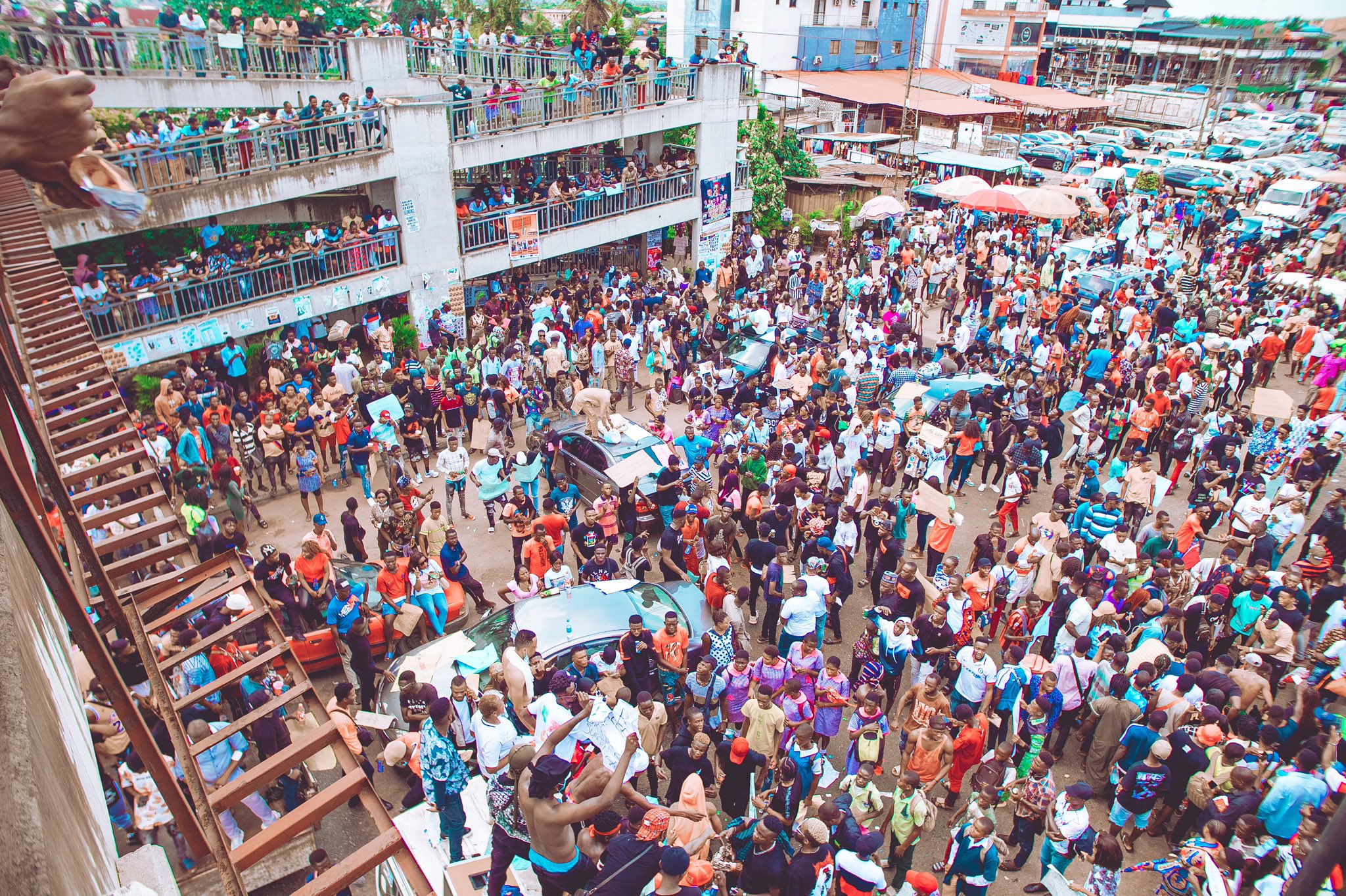 At least two persons have been confirmed dead and scores injured as hoodlums fired gun shots at #EndSARS protesters in Benin, capital of Edo state.

One of the dead protesters was identified simply as Ikpomwosa.

The peaceful protest by hundreds of youths which began at the city centre, later turned bloody, as the hoodlums clashed with the protesting youths.

#Beninprotest we lost a soldier 😭 😭 😭 We are all marching to government house and then to the mortuary #EndSARS pic.twitter.com/9bOzyuUQPj

It was gathered that some youths, called Ogbe Boys who collect revenue for Oredo local government council, accused the protesters of preventing them from collecting money from vehicles using the car park.

The hoodlums were said to have suddenly appeared with guns, cutlasses and other dangerous weapons to attack the protesters.

While some of the protesting youths took to their heels, others stayed back to persuade the hoodlums that the peaceful protest was for all of the youths and that they were not out to fight anybody.

It was further learnt that the hoodlums who were clad in red T-shirt, were saying “why are they disturbing our work,” and in the process brought guns, cutlasses and other dangerous weapons to attack the protesting youths.

Some of those who received gunshot injuries in the ensuing violence were later rushed to the nearby Central Hospital.

The body of Ikpomwosa was conveyed in an ambulance through the Reservation Road to the Government House.

One of the injured persons, Abere Godswill, said the hoodlums descended on him thinking he wanted to video as they removed cutlasses from their vehicle

“I didn’t join the protest, I was coming from the bank when I met them on the road. Because I held phone in my hand, they started beating me saying I wanted to video them. They collected the phone and I had to run for my life,” he said

The youths however, later regrouped after the hoodlums had been chased away and continued the protest.

Also speaking, one of the protesters, Efosa Igbinoba, said they were at the Ring Road to protest police brutality and good governance in Nigeria, only to be attacked by hoodlums.

“We started the protest from Sapele Road, but on getting to the Ring Road, hoodlums just appeared from nowhere with cutlasses and guns to attack us and disrupt the protest.

“Our demands are, don’t end SARS and come with SWAT. Police should be reformed as well as reduction of salary of the members of the House of Representative and the Senate,” he said.

Another protester, Victoria Nkechi, (60), said she is on the street to support the youths in their protest for good governance.

“Years ago, I called for protest due to bad governance, but no body listened to me. Today, I am glad that they are protesting for good governance today,” she said.

Fight for your rights but know when to pause, negotiate – Fayemi tells #EndSARS protesters