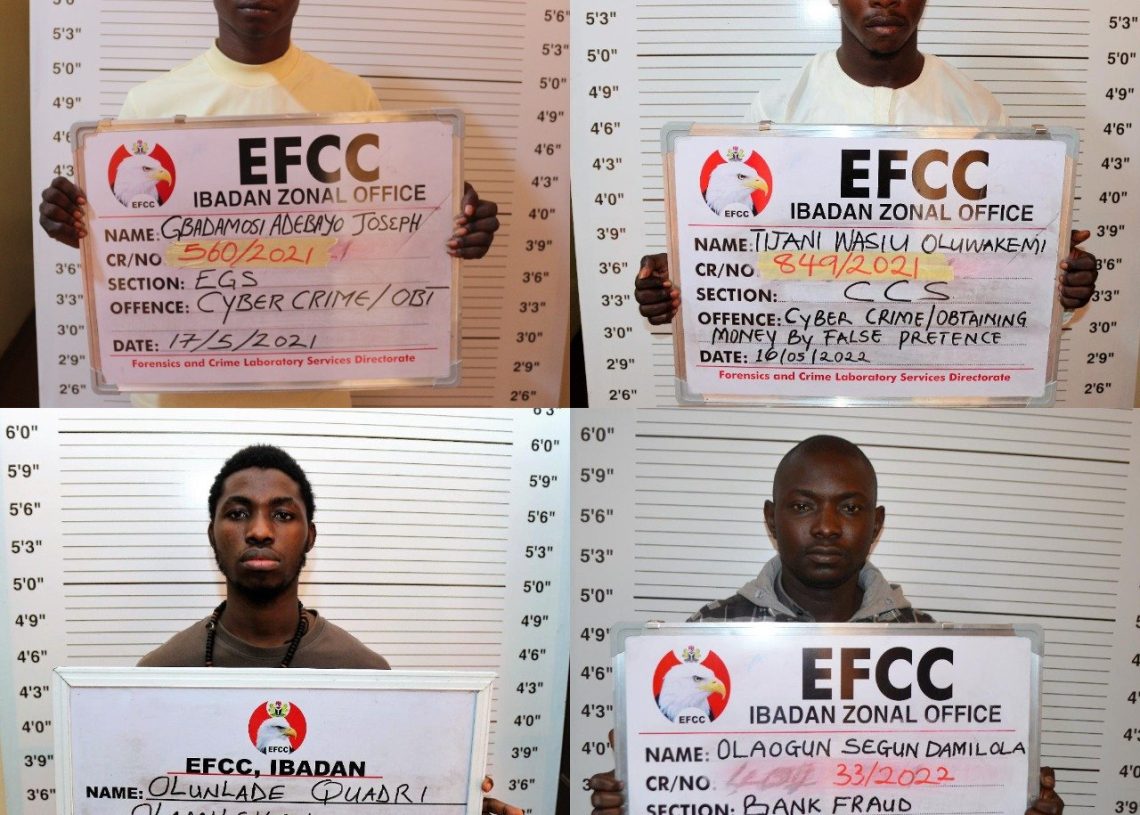 A student of the Polytecnic ibadan,Gbadamosi Joseph Adebayo has been sentenced to 6 months in jail by the Federal High Court in Ibadan for wire fraud.

Another set of persons whose names were given as Tijani Wasiu Oluwakemi, Olunlade Quadri Olamilekan and Olaogun Segun Damilola were also convicted for the same offence.

These internet fraudsters were arraigned by the Economic and Financial Crimes Commission (EFCC) for criminal impersonation and related offences.

They all pleaded “guilty” to the charge when it was read to them individually.

Meanwhile Justice Uche Agomoh ordered Gbadamosi to pay $200 in restitution to his victim.

Oluwakemi, Olamilekan and Damilola were convicted by two different Federal High Courts and a State High Court after pleading guilty.

The convicts were ordered to make restitution to their victims and forfeit various devices and a car.

Omo-Agege: Turning Point of a Bastardized State - By Eferovo Igho

Short road to peace and freedom - By Cornelius Omonokhua