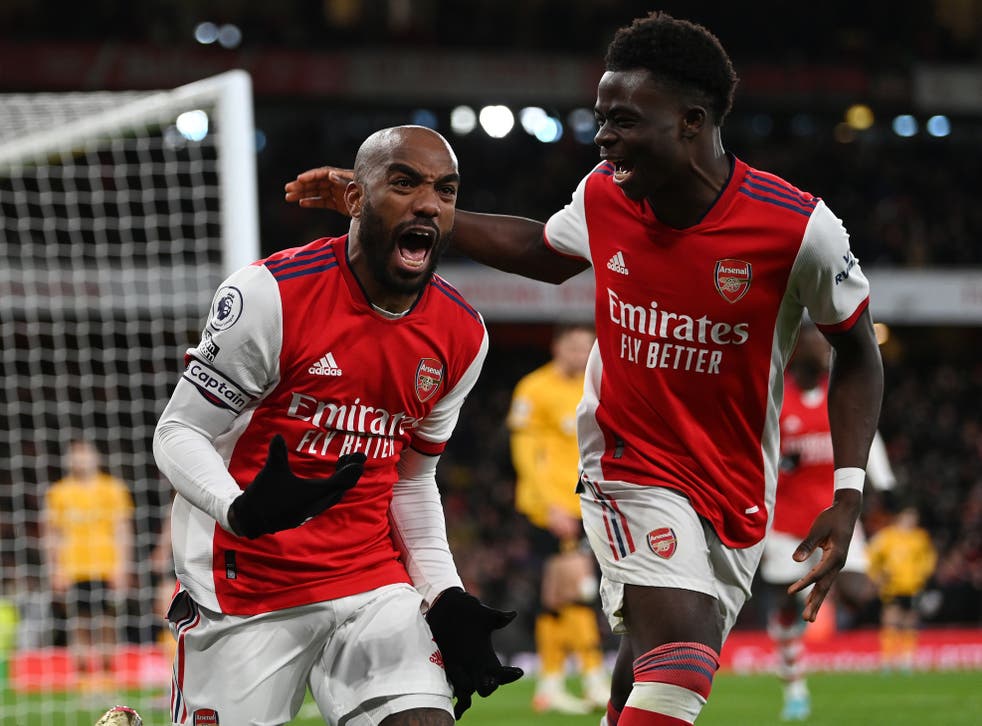 Alexandre Lacazette scored in the dying moments to help Arsenal take a huge step towards finishing in the top-four with a late 2-1 win over Wolves.

Wolves will feel hard done by after their game plan worked to perfection for most of the contest at the Emirates.

But that will do little to assuage their pain as Arsenal leapfrogged Bruno Lage’s side in the top-four race.

Hwang Hee-chan put the visitors ahead after just 10 minutes, capitalising on a terrible backpass from Gabriel before beating Aaron Ramsdale in the Arsenal goal.

It was exactly what Wolves were looking for and they held onto their slim advantage for 80 minutes until substitute Nicolas Pepe found an equaliser.

The play started with Martin Odegaard, the Norwegian scooping a pass to find Eddie Nketiah, who squared to Pepe.

The Ivorian spun brilliantly around Roman Saiss to give himself a yard of space before finishing past Jose Sa.

Both teams seemed desperate to go for the win, but with fresh legs on through Nuno Tavares, it was the home side who had the final say.

A brilliant one-two between Pepe and Lacazette saw the latter released into box, with the Frenchman scoring from a tight angle to send the Emirates into raptures.

Mikel Arteta’s side are now one point behind fourth-placed Manchester United, but have two games in hand on the Red Devils.

Wolves are now in seventh, five points behind Arsenal and with an extra game played.

[Devotional] IN HIS PRESENCE: Tame your imagination