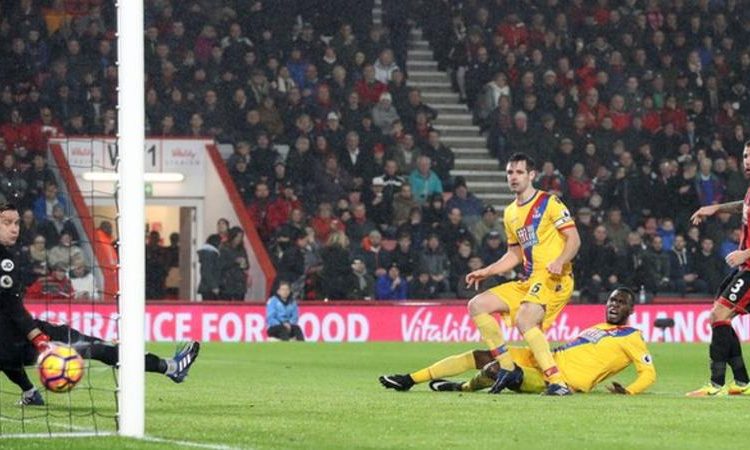 Crystal Palace finally earned a Premier League victory under Sam Allardyce as goals by Scott Dann and Christian Benteke secured the points against Bournemouth at a rain-swept Vitality Stadium.

After a goalless first half, Dann broke the deadlock shortly after the restart from Damien Delaney’s flick-on to set Allardyce on his way to a first league win as Eagles boss at the sixth attempt.

Benteke added a second in the closing moments, heading home a pinpoint cross by Andros Townsend, who before kick-off had been strongly linked with a deadline-day move back to Newcastle.

Palace will also take heart from a first away clean sheet in the Premier League since Boxing Day 2015, although the hosts were unlucky to draw a blank with Joshua King and Junior Stanislas both seeing well-hit efforts deflect narrowly wide.

Palace had only earned two points from the last available 24 before this result and remain inside the relegation zone, two points behind Swansea.

The result also brings the relegation dogfight a little closer to Bournemouth’s door. Eddie Howe’s side drop to 14th place and are now seven points above the drop zone after a run of just one win in seven.