Home » Antonio Reyes » 5 Trending movies you must see this weekend

This is an interesting movie about Quan who is a humble London businessman whose long-buried past erupts in a revenge-fueled vendetta when the only person left for him to love — his teenage daughter — dies in a senseless act of politically motivated terrorism.

His relentless search to find the terrorists leads to a cat-and-mouse conflict with a British government official whose own past may hold the clues to the identities of the elusive killers.

Taraji P. Henson is Mary, a hitwoman working for an organized crime family in Boston. Mary’s life is completely turned around when she meets a young boy whose path she crosses when a professional hit goes awry.

Queen, born as a girl child into a decent home whose father’s strictness and mother’s ignorance led her into the arms of the maid whose consolation changed her entire being.

Now as a grown woman unknown to her parents Queen has a different understanding to Life and has taken to a new lifestyle, she eventually meets The Love of her life Blessing; another beautiful young lady who willingly surrendered to the lifestyle due to the economic hardship.

Downsizing imagines what might happen if, as a solution to over-population, Norwegian scientists discover how to shrink humans to five inches tall and propose a 200-year global transition from big to small.

People soon realize how much further money goes in a miniaturized world, and with the promise of a better life, everyman Paul Safranek (Matt Damon) and wife Audrey (Kristen Wiig) decide to abandon their stressed lives in Omaha in order to get small and move to a new downsized community — a choice that triggers life-changing adventures.

Herdsmen on rampage: When will Mr. President bite the bullet? – Omoniyi 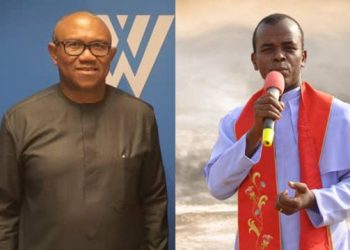 Herdsmen on rampage: When will Mr. President bite the bullet? - Omoniyi